African American Women and the Stigma Associated with Breastfeeding Lower breastfeeding rates among African American women begin with education, or lack thereof. “You can never have too much education and information,” says Joycelyn Hunter-Scott, a mom of two young sons. When asked about a stigma in the African American community Hunter-Scott replies, “I don’t think it’s a stigma; I believe it may have something to do with the lack of education and information the mothers receive during and especially after pregnancy—especially the younger mothers.”

Hunter-Scott, who was a mother who extensively researched breastfeeding when she was pregnant, is correct regarding the lack of education during the perinatal period affecting overall breastfeeding rates. According to the CDC, some hospitals within African American communities are failing to fully support breastfeeding. In a CDC Morbidity and Mortality Weekly Report, ten indicators that show hospitals are supporting breastfeeding were evaluated showing that hospitals in zip codes with more than a 12.2% African American population were less likely to implement three specific indicators. These indicators include: helping mothers initiate breastfeeding early on, having infants “room in” with their mothers after birth, and limiting what infants eat or drink in the hospital to only breast milk.

Renee Bell-Eddings, MSN, RNC-OB, whose main job function is to educate staff nurses within the Women, Infant, and Children’s (WIC) department in a community-based hospital in Houston, Texas, also knows education is the key for new mothers, but also attributes a social component to breastfeeding. “I believe the reason there is a stigma is simply [because of] the lack of education and support from family and friends. Often times we see that she is the only woman in her family that has chosen to breastfeed. We also have to understand that the family plays a big role in the choices that a mother will make concerning breastfeeding—that’s where we see the cycle of breakdown because she doesn’t have the support she needs to continue.” A new mother needs support from those closest to her when taking on the challenges a breastfeeding mother may face.

A two-time mother, Hunter-Scott breastfed both of her sons—the eldest for one year and the youngest for seven months. She credits the support of her mother, sisters, and husband during that time. “This [support] made an enormous impact on my decision to breastfeed for the timeframe that I did,” she says.

Although Hunter-Scott had the support of her family (and nearly six months of maternity leave), she can see how a mother not having support or having a short maternity leave can negatively affect breastfeeding rates in the African American community. “I think it is important that the health care staff initiate breastfeeding after birth and make sure not to give pacifiers or artificial nipples to infants. I also believe many African American women don’t have the luxury of staying home after they have their baby. Some have to go back to work within a few weeks, some a few days, so it’s quicker and easier to send the baby off to childcare with formula.”

Negative cultural influences in the African American community about breastfeeding can also play a role in breastfeeding rates. Breastfeeding has been seen by some African American women as reverting to “slavery days” when feeding a child by breast was the only option. Baby formula as we know it was developed in the late 1800’s and soon gained popularity when feeding a baby with formula was seen as something only “elite and sophisticated” mothers do, regardless of race. These advertising campaigns led many women to believe breastfeeding was a choice only for lower income mothers.

Another issue that faces a breastfeeding mother is public breastfeeding and the potential shaming from others. Feeding a child in public from the breast is often seen as indecent and given a perverse sexual connotation. Being able to feed on demand is crucial for the continued production of breast milk in a lactating mother. The shaming some women endure is enough to discourage them from continuing to breastfeed even if they have chosen to do so initially. The indecency claims of public breastfeeding generalizations make it hard for any woman, let alone an African American woman, to nurture her child through breastfeeding. Negative portrayals by the media and in our own communities have a profound effect on the initiation and continuance of breastfeeding.

The societal and commercial pressures to not breastfeed or stop breastfeeding altogether before six months of age are evident through aggressive marketing campaigns of formula producers. Societal pressures include: not having a national maternity leave law, the shaming of breastfeeding in public, and not having enough dedicated breastfeeding areas in public establishments to encourage breastfeeding. Many mothers do not have the ability to stay home for extended periods of time after birth, further encouraging them to stop exclusive breastfeeding in exchange for formula. Working mothers in the United States need support to continue breastfeeding before their baby is even born by means of national legislation for established maternity leave, breastfeeding or pumping breaks when they return to work, and a willingness from their employer to provide a conducive environment to support a mother’s wish to continue to breastfeed.

See also
At a Loss for Words

With all racial and societal factors aside, breastfeeding offers both mother and baby numerous benefits—and this is why it’s vital that mothers attempt to breastfeed for at least six months. When formula was introduced it was touted as the “perfect food” for a growing baby, but nothing compares to a mother’s milk. Breast milk has everything needed to sustain an infant and promote lifelong health. Nurturing a newborn with a mother’s milk offers baby rich nutrients that have proven benefits for both mother and baby, not to mention the money saved from not purchasing formula.

Infant mortality rates are twice as high for African American babies than white babies, and breastfeeding is the key to saving infant lives. Health benefits of breastfeeding for baby include decreasing the risk of common childhood illnesses, such as upper respiratory infections, ear infections, and asthma. It also provides long-term benefits for obesity and future diabetes risk, high cholesterol, and high blood pressure. Mothers benefit from breastfeeding by helping get back to pre-pregnancy weight sooner (breastfeeding burns up to 500 calories per day!) as well as decreasing risk for diabetes and breast, uterine, and ovarian cancers.

Education, education, and more education is the key to increasing breastfeeding rates in the African American community. Education has to start during the prenatal period and continue through birth and thereafter. Bell-Eddings knows knowledge is power: “Education is a big key in changing the mindset of all and allowing mom to make an informed decision.” 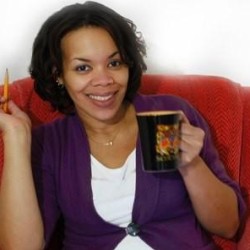 Nachole Johnson, MSN, APRN, FNP-BC
In addition to working as a FNP, Nachole Johnson is a freelance copywriter and an author. Her first book, You’re a Nurse and Want to Start Your Own Business? The Complete Guide, is available on Amazon. Visit her ReNursing blog at www.renursing.com for more ideas on how to reinvent your career.