A Reflection of Human Dignity It was 15 years ago, but I vividly remember Bob, one of my patients in a small nursing home in rural Kansas. Bob’s health status was relatively stable, but he had lost his left leg below the knee from a complication of diabetes. Despite his physical limitation, Bob had a very good sense of humor and jokingly teased me about my Korean accent. Thanks to him, I was able to pronounce the word “sheet” or “beach” correctly without making co-workers burst into laughter.

One evening, Bob became very ill because of swings in his blood sugar. He had to stay in bed and couldn’t make it to the bathroom on time. While I was helping him change, I noticed that Bob was very quiet and teary-eyed. I asked him what the matter was. With a catch in his voice, he replied, “You are cleaning me up, and I feel so embarrassed and ashamed.” “You are about my granddaughter’s age . . . I would never ask her to do that.” I choked up and couldn’t find anything to say.

Until that event, caring for frail elders was simply my job. In this “ah-ha moment”, I realized the importance of my role in helping them keep their sense of dignity and self-respect, especially around the extensive issues related to bladder control. More than 25 million men and women in the US and over 200 million adults around the world experience some loss of bladder control. One-in-four women over the age of 18 undergo episodes of involuntary urine leakage. About six million men have urinary incontinence.

Today, as a nurse educator and researcher working on the improvement of the quality of life of the elderly, I often ask myself whether we are better off now dealing with these health concerns than we were 15 years ago. Unfortunately, not much progress had been made. Compared to the UK or Canada, our nation is behind in terms of prevention strategies. Although policy makers have created health care legislation, it is not enforced. For example, the “Quality of Life for Women Act” (Bill HR 2727), which specifically aims at public education on women’s urologic health issues, introduced in 2005, has yet to be enacted. The “Training and Research Urology Act” of 2005 must also be moved forward to enhance training, research, and the dissemination of health information regarding bladder health.

Through education, men and women would learn that an underlying health condition could be the root cause. For example, over half of the people with diabetes experience changes in bladder function. In fact, urinary incontinence is the most common dysfunction related to type 2 diabetes in women. More than half of men with enlarged prostates experience symptoms of urgency and urinary frequency, with many trips to the bathroom at night. In women, weakened pelvic floor muscles resulting from pregnancy and childbirth, as well as decreased estrogen levels from aging, is associated with urine leakage. Obesity in both men and women can also trigger incontinence. Educated consumers would learn that, once diagnosed, bladder-related issues can be managed and treated.

Although bladder problems are publicly and openly discussed on TV, in print, and on the Internet, they are still a well-kept secret and source of humiliation. Men and women with bladder dysfunction often feel ashamed and are reluctant to discuss the problem with their family or doctor. Surprisingly, women wait an average of seven years after their initial symptoms to seek treatment. Men are less informed and less likely to be diagnosed than women because men tend not to disclose much about themselves or their problems. Education would help break through the incontinence stigma.

I often think of Bob, my life teacher. I was especially reminded of him when I read the words of author Laura Hillenbrand in “Unbroken”, the inspiring story of Louis Zamperini, an Olympian-turned-WW II POW: “Dignity is as essential to human life as water, food, and oxygen… The loss of it can carry off a man as surely as thirst, hunger, exposure, and asphyxiation, and with greater cruelty.”

Statistically speaking, we all have family members who suffer from bladder control issues that threaten their sense of dignity. Are we aware of all of them? Likely not!

During November, National Bladder Health Awareness month, encourage a sensitive dialogue with them to facilitate prevention and treatment. Find your local legislators and speak with them about bladder health and human dignity. Remind them that the bills introduced in 2005 are long dead and need to be re-introduced and sponsored. By asking our policymakers to promote continence-related health care legislation, we can make a difference in safeguarding the health and human dignity of our loved ones and of our own as well.

Jennie C. De Gagne, PhD, RN-BC, CNE, is an assistant professor of the School of Nursing at Georgia State University. She has been a recipient of scholarships and awards throughout her professional and academic tenure, being interviewed nationally and internationally for print and the web. 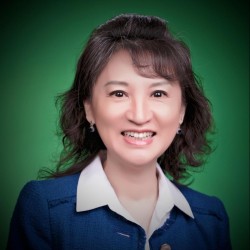