In the Spotlight: Dr. Kahlil Demonbreun 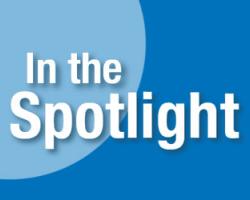 For as long as he can remember, Dr. Kahlil Demonbreun, DNP, RNC-OB, WHNP-BC, ANP-BC, has been surrounded by strong women. Raised by a philosophical and inspirational grandmother and surrounded by sisters and a close female cousin, Demonbreun’s early memories are infused with positive and uplifting interactions with women. “I was treated with respect by the women in my household, and I gained an appreciation and respect for women,” he says. As a child and young adult, Demonbreun might not have realized how those powerful interactions would lead him to a profession he enjoys and excels at. As the first male women’s health nurse to hold a doctorate in nursing practice, he has been recognized by many organizations including the Association of Women’s Health, Obstetric and Neonatal Nurses and the South Carolina Area Health Education Consortium. Demonbreun continues his groundbreaking accomplishments with a new appointment as a professor in the Medical University of South Carolina’s College of Nursing, and he hopes it will make it easier for those who follow him.

As a women’s health nurse practitioner, Demonbreun is up front about the question he gets all the time, one sometimes asked with bafflement. “Why did you choose women’s health?” After all, not many male nurses specialize in women’s health. But Demonbreun’s answer is an honest one that encompasses everything from his upbringing to his general ease with the opposite gender.

And while some may still believe that women should care for women, Demonbreun says he hopes he proves them wrong. Being a nurse, he says, means your humanity trumps your gender. “Caring is a skill set,” he says. As a health care provider, he says, he considers bringing his patients to a better state of health means much more than the absence of disease. It’s about supporting them and empowering them to make their lives better and healthier in many ways. And as a nurse, he knows that his patients won’t return if they don’t like the care they receive.

And Demonbreun’s next step, into a faculty role will take his career in a new direction, allowing him to share his knowledge and show other men interested in embarking on the same career path what’s possible. After learning so much from his mentors, he looks forward to continuing mentoring others. “I’ve served as a role model for guys who said, ‘I can do what he has done. He’s a guy and look at how far he has come. I can do that.’”

Demonbreun’s career goals were established quite young. “I knew at a very early age that caring as a concept was important to me,” says Demonbreun. Nursing, with its care giving focus, appealed to him.

Demonbreun speaks openly about what it’s like to be one of few male nurses in women’s health care and one who certainly has forged a path for others. “You’re always being critiqued,” he says, “and sometimes that review doesn’t feel good. But it comes with the territory, and it makes me raise my standard and seek a level of excellence.” He continues by saying that he often reflects on what excellence in health care means, and now looks at it as having a goal of positive patient outcomes that go beyond excellence. “Every day you are self reflecting and seeking a higher level of what you do,” he says.

With two grown daughters interested in pursing health care careers and a wife who is an internal medicine physician, Demonbreun’s home life is just as busy as work. But, he says, it’s not all health all the time.

With a nod to Florence Nightingale, Demonbreun says he lives by her stated belief that if nurses are not making progress, they are going backward. “Every day, I need to move forward,” he says. “I do believe nursing is a calling, and I am glad I picked the challenge and embraced it.”