Sexual Harassment by Patients: What Every Nurse Needs to Know 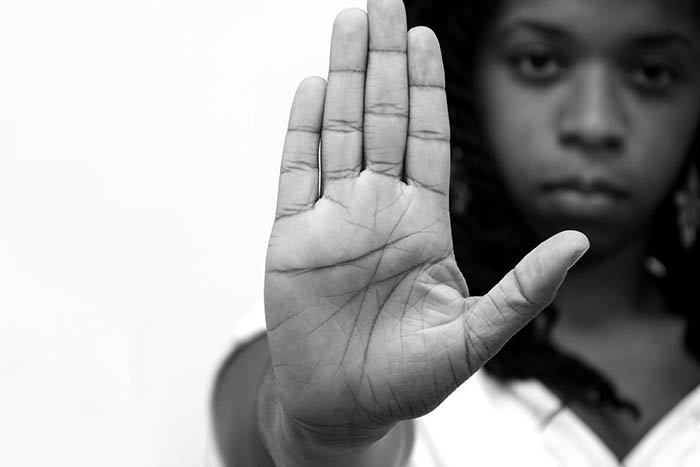 Especially since the #MeToo Movement began, sexual harassment has been in the spotlight. We spoke with nurses who have been harassed, legal experts, and nursing professionals to determine what you should and can do if this happens to you.

Celia,* RN, a longtime hospice nurse, remembers it like it was yesterday. A younger man, at least younger for hospice, had been admitted with terminal cancer. While Celia says she recalls other nurses talking about the patient having made “inappropriate comments,” she had never experienced it herself.

The patient had been angry and struggling with what he deemed the unfairness of dying young and leaving his wife and child—and knowing that he wouldn’t be able to take fun trips or do things with his daughter. Because he had a trach, which requires frequent suctioning and medication, he felt like the staff was treating him like a leper—when actually, they were simply following all safety precautions.

“Once trach care was completed, I sat down, took my gloves off, and offered him a hand to hold—this is standard practice between hospice staff and patients, and it’s not frowned upon,” says Celia. At the time, the patient held her hand, cried, and expressed gratitude for the time to talk. “I felt we had a nice, professional, and therapeutic rapport.”

A few weeks later, a couple of days after Christmas, Celia was caring for the patient, and he asked if she was married. When she responded that she was in a long-distance relationship, he asked how she took care of her sexual needs—and asked using inappropriate, graphic sexual language.

Celia replied, “One—that is none of your business. And two—It’s not appropriate conversation between a patient and a nurse!” Then, Celia calmly informed him that this was harassment and abuse. With one word to her managers, she told him, she would never have to be his nurse again. She says that the patient was contrite and apologized. Celia passed it off as a one-time thing and let it go.

Unfortunately, that wasn’t the end of the harassment. After a couple of weeks, Celia was the patient’s nurse again. While taking care of his trach, she talked with him. When he could speak, they discussed their favorite kinds of music. She recalls, “It was a nice interaction, as I grew up in a musical home, and discussing this was special to me.”

Near the end of the treatment, though, everything changed. The patient told her lots of things that he would like to do with her sexually, in graphic detail.

Celia recalls, “I was horrified. I was angry. I felt nauseated. I felt ashamed about my body, and I wanted to cry. I was shaking, inside and out.”

She told the patient that he was so far out of line. He was shocked that she was so rattled and tried to justify it by saying that it was a compliment. Celia left his room immediately.

The first thing she did was post on the staff’s white board that she would no longer care for this patient. When she calmed down, she emailed her managers and then communicated with them in person the next day.

Celia’s managers were supportive. She never saw the patient again, and he left the facility a few days later.

A Medscape.com survey published last year revealed that the majority of nurses—71%—say that they had been sexually harassed by a patient. Of those responding, 90% were female nurses, 10% male.

But male nurses get harassed as well. They may, however, be even less inclined to report it. In the same survey results, it states, “By gender, female nurses…were much more likely to say they had been sexually harassed than their male counterparts (73% for female nurses vs 46% for male nurses).”

If a patient exhibits inappropriate verbal behavior, it’s often easy to recognize, says Long. “Nurses know what crosses a line and what doesn’t,” she says. Because of the physical nature of nursing, however, Long says that inappropriate physical behavior can sometimes be more difficult to recognize.

“I often tell my staff that—again—inappropriate touch is anything that makes them uncomfortable…it’s no different than being in public and having someone touch you inappropriately. Just because you are in a hospital does not give another person the right to touch you,” explains Long. “Most patients will want to hold your hand or touch your arm, but they will not go any further than that. An action or remark could be considered harassment if the nurse directs the patients to stop, but that direction is ignored.”

“A ‘reasonable person standard’ is generally used to determine if conduct is motivated by prurient interests or for a person’s sexual gratification,” says Debra W. Levin, counsel in the health law group at Brach Eichler. She previously served as counsel to the New Jersey State Board of Medical Examiners and was the Assistant Section Chief responsible for legal services provided to more than 50 licensure boards, including the New Jersey Board of Nursing. “If a reasonable person would be offended, then it can be determined to be sexual harassment. Because the standard is subjective, it is often hard to determine.”

“Sexual harassment is generally any unwanted sexual direct or indirect physical contact or comments. Of course, some physical contact may be more overtly ‘sexual’ than other contact, but much of the time, the intent will be evident,” says Jessica T. Ornsby, LL.M., Esq, managing attorney with A+O Law Group. “A good rule of thumb is whether the contact is objectively appropriate under the circumstances. For example, if a nurse is taking a patient’s blood pressure, is it necessary for the patient to place his or her hand on the nurse’s thigh? Probably not. But if a nurse is helping a patient into bed, that patient may need assistance stabilizing himself/herself and may rest his or her hand on the nurse in a way that would otherwise not be necessary.”

She adds, “Sexual harassment is basically a step down from sexual assault. If the action/contact involves force or any kind of penetration, that is most likely assault and should be addressed accordingly.”

What to Do if It Happens to You

Suppose a patient sexually harasses you. What do you do?

“Experts believe that sexual harassment is significantly underreported in health care. For that reason, I believe the best defense for nurses starts with reporting these types of incidents,” says Jennifer Flynn, CPHRM, risk manager at Nurses Service Organization. “No matter who the harasser—whether it be a supervisor, coworker, or a patient—nurses can take steps to address harassment in their workplace.”

Ornsby says that each work environment, ideally, should have some kind of policy with regard to sexual harassment. “Nurses should make note of these policies and earmark them for future reference,” she says. “If the policy does not specify to whom to report the incidents—ask. If a patient’s behavior…is making you uncomfortable or causing you to feel unsafe, leave the situation immediately. Your personal safety and well-being are the most important. Federal laws on sexual harassment apply regardless of whether the harassment is taking place at a hospital or a doctor’s office.”

Levin agrees that health care organizations should have policies in place. “Larger or licensed facilities may have staff to counsel the patient regarding harassing behavior. Additionally, in regard to patients, the patient can be transferred to another’s care, a chaperone can be provided, and the patient can be counseled. In dramatic situations, the patient can be discharged/terminated from the practice or facility. State-specific laws apply that govern termination of the doctor/patient relationship/discharge so that the patient is not abandoned, and there is a transition of care,” she says.

The American Nurses Association has challenged nursing professionals to end sexual harassment in the workplace by adopting a zero-tolerance policy. “Much has been written lately about the importance of nurses engaging in self-care. Not tolerating sexual harassment is an integral component not only for self-care, but also for self-respect, vital for professional effectiveness. Speak up when sexual harassment occurs and facilitate a civil work environment,” Flynn says.

“If the organization is not responsive to the nurse’s claims, s/he should consult legal counsel or their union. No one should be subjected to sexual harassment in the work place,” says Levin.

Long says that harassment, whether physical or verbal, has been perceived in health care as “part of the job.” But it’s not and never should be seen as such. “It is never acceptable to be harassed by anyone at any time. Nurses are an integral part of the health care team and should command the same respect as every other profession,” says Long. “Unfortunately, nurses have been depicted in a sexual manner for ages and that has demeaned the profession. Being a nurse does not negate my rights as a human being to not be verbally or physically assaulted.”

“I took an oath to care for others, but that does not mean that I have to sacrifice my physical or mental well-being,” Long adds.

* not her real name