Get the latest nursing statistics & demographics in the US 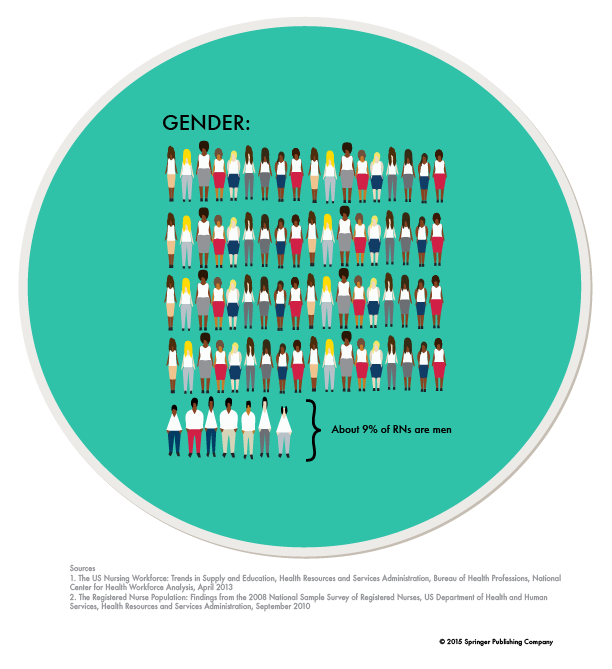 LPNs and RNs by Age How do minority nurses self-identify? 9.9% of RNs are black or African American (non-Hispanic); 8.3% are Asian; 4.8% are Hispanic or Latino; 1.3% categorize themselves as two or more race; 0.4% are American Indian or Alaskan Native.

How many nurses self-identify as Hispanic or Latino? • There are approximately 135,600 Hispanic/Latino RNs and 51,800 LPNs.

What is the largest minority nurse group in the Pacific region? • The predominant minority nurse group in the Pacific is those of Asian background; 16% of the nurse population. Asian nurses were also more likely to be a part of the nurse population in the Middle Atlantic and West South Central areas — 7.3% and 5.6%, respectively — than in other parts of the country. 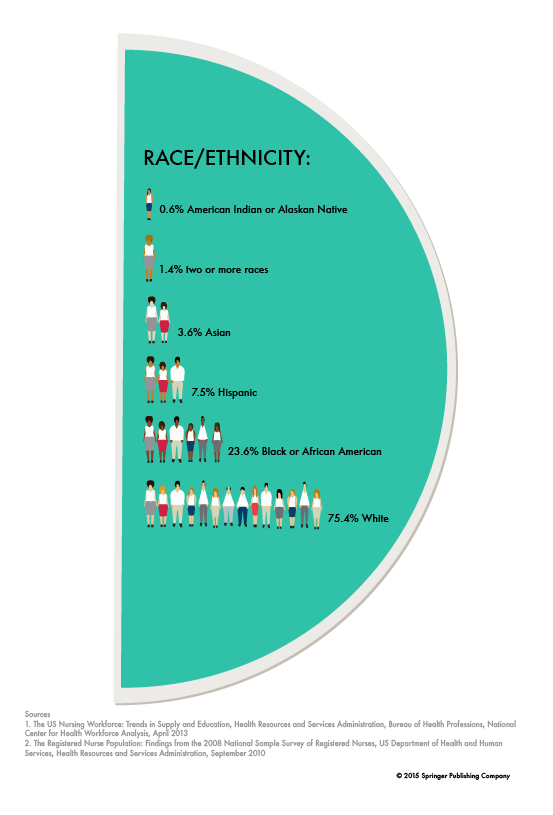 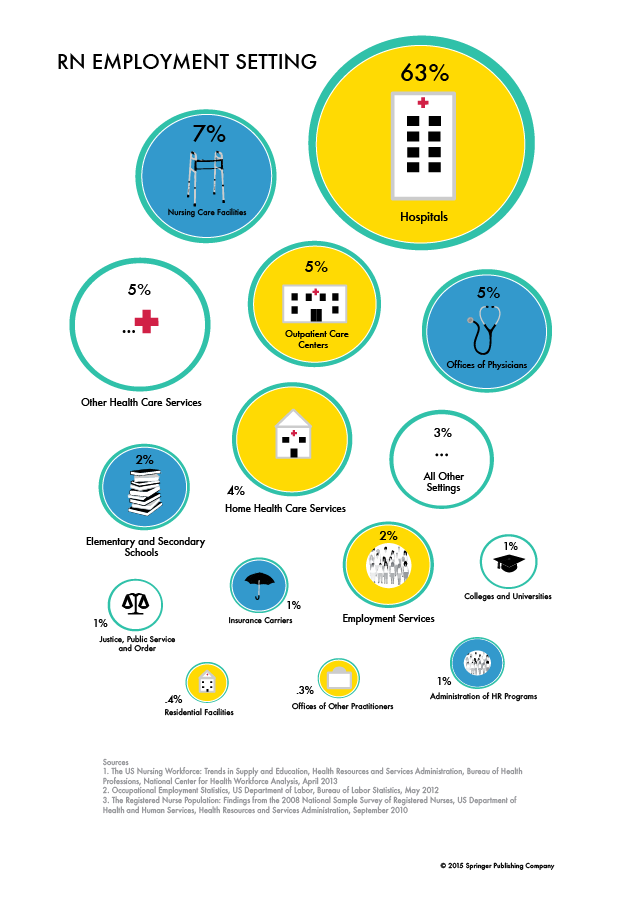 14.6% of black or African-American nurses have related master’s or doctoral degrees, compared to 13.4% of white nurses. What is the average number of hours worked a week by an RN?
• An RN works an average 37 hours a week.

What is the average salary of a nurse who holds a graduate degree?
• A nurse with a master’s or doctoral degree makes an average $87,363 a year.

Nurse anesthetists (CRNAs) have the highest earnings of all employed nurses, averaging $154,390 annually. Do you have new nursing statistics and infographics? Share it with us. Send submissions to us at [email protected]. Be sure to include a source with your information.