Jan 31, 2020 | Blog, Nurses in Congress, Nursing Diversity, Year of the Nurse and Midwife 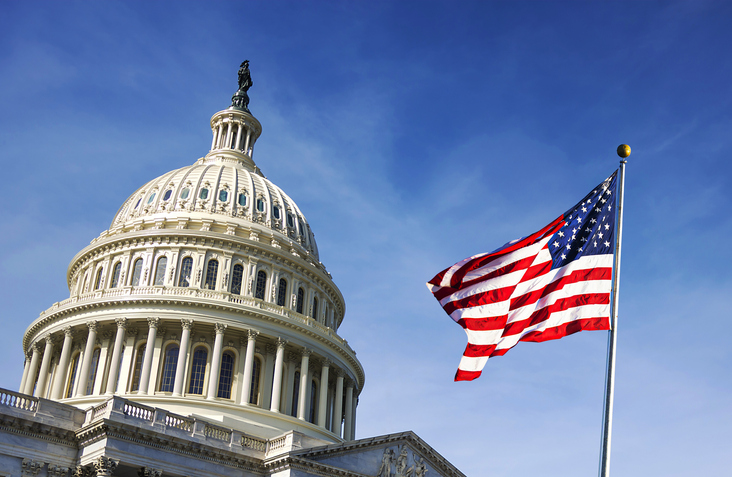 Today nurses practice in many arenas, from hospital bedsides to executive office suites to research laboratories to the halls of the United States Congress. Our Code of Ethics charges all of us to be involved in the political process to influence policies affecting the nursing profession and the health and well-being of all people. Our national professional organization, the American Nurses Association (ANA), encourages all nurses to be politically active to ensure safe and effective care for all patients, to elevate the profession, and to work to eliminate health disparities across our country.

Many early nursing leaders were suffragists and some even went to jail for advocating for women’s right to vote. As soon as the 19th Amendment passed in 1920, nurses were elected to local and state offices. Margaret Laird, a New Jersey nurse, was one of the first two women elected to the New Jersey Legislature in 1920. Between 1920 and 1992 nurses served in state legislatures in many states including North Carolina, Virginia, West Virginia, Massachusetts, Maine, and California. Iowa nurse JoAnn Zimmerman served as her state’s Lieutenant Governor from 1987 to 1991. While a nurse has yet to win a governorship, U.S. Senate seat, or Presidential election, eight nurses have served and/or are serving in the United States House of Representatives.

Texas nurse Eddie Bernice Johnson became the first nurse to win a national office in 1993 when she was elected to serve the 30th Congressional District of Texas in the United States House of Representatives. Twenty-six years later, Johnson continues to serve her district. In the intervening years she has been joined by seven other nurses from across the country. The group of Congressional nurses are African American and white, Democrat and Republican. They range in age from 32 to 84. As a group they represent all areas of the country and a cross section of race, age, and political affiliation. They have all brought their professional experiences, ethics, and commitment to caring with them into the political arena. To kick off Minority Nurse’s new Nurses in Congress series, I will share brief biographical sketches of each of the eight Congressional nurses starting with Congresswoman Johnson.

“Whatever discussion I am a part of, I never miss the opportunity to talk about the value of professional nurses, the value of investment in the profession and the value of attempting to look at the full potential of nurse’s abilities.”
—Rep. Eddie Bernice Johnson, Nurse.com

Throughout her life, Congresswoman Eddie Bernice Johnson has been a pioneer. As an African American female growing up in rural Texas during the time of legal segregation, her future may have appeared limited. However, as Mr. James Daniels noted in an interview with Johnson:

Mrs. Johnson, your accomplishments are impressive and even astonishing. Your firsts set you apart as a genuine trailblazer. You are the first woman ever elected to represent Dallas in the U.S. Congress. You are the very first chief psychiatric nurse of Dallas; first African American elected to the Texas House of Representatives from Dallas; first woman in Texas history to lead a major committee of the Texas House of Representatives; first African American appointed regional director of U.S. Department of Health, Education, and Welfare; and the first female African American elected from the Dallas area as a Texas senator since Reconstruction. Your crowning accomplishment, however, is as the first nurse elected to the United States House of Representatives.
—James Daniels, MinorityNurse.com

Johnson was born on December 3, 1935 to Lee Edward and Lillie Mae White Johnson in rural McLennan County, Texas to a family of limited means, but with a reverence for education. Johnson graduated from A.J. Moore High School in Waco, Texas in 1952. She wanted to become a nurse, but no accredited nursing school in Texas would accept African American students, so she enrolled in St. Mary’s College in Notre Dame, Indiana. In 1956, she graduated with her nursing diploma. Johnson continued her education earning her BSN from Texas Christian University in 1967, and in 1976, she was awarded her master’s degree in public administration from Southern Methodist University.

Johnson’s early nursing career was spent as a psychiatric/mental health nurse, psychotherapist, and nursing administrator for the Veteran’s Administration (VA). After ten years working for the VA, she achieved the rank of chief psychiatric nurse at the VA Hospital in Dallas. In 1977, Johnson was promoted and became a regional director of the U.S. Department of Health, Education, and Welfare.

In 1972, while working at the VA, Johnson was elected to the Texas House of Representatives, making her the first African American woman to ever win an election in Dallas. Johnson waged a successful campaign for a seat in the Texas Senate in 1986, which she gave up in 1992 to run for the U.S. Congress. She won in a landslide and became the first nurse to serve in Congress. She has retained her seat for twenty-seven years.

Johnson is widely recognized as one of the most effective legislators in Congress. She is credited with authoring and co-authoring more than 120 bills that were passed by the House and Senate and signed into law. Over the decades Johnson has served on and chaired many committees and subcommittees in Congress, including as a senior member of the Transportation and Infrastructure Committee and Chairwoman of the Science, Space, and Technology Committee. Her subcommittee appointments include: the Subcommittee on Water Resources and Environment, which has jurisdiction over water conservation, pollution control, infrastructure, and hazardous waste cleanup as well as reauthorization of the Clean Water Act; the Subcommittee on Aviation; the Subcommittee on Railroad, Pipelines, and Hazardous Materials; the Subcommittee of Research and Science Education; and the Subcommittee on Energy and the Environment. She has also been a Senior Democratic Deputy Whip and Chair of the Texas Democratic Delegation. As chair of the Congressional Black Caucus from 2001 to 2003, Johnson was praised for her ability to build coalitions with business interest group as well as labor unions and civil rights organizations.

Johnson introduced the National Nurse Act of 2011, which would elevate the importance of the Chief Nurse Officer of the United States Public Health Service and appoint a National Nurse to work with the Surgeon General to promote wellness and health literacy. She is also passionate about improving mental health and increasing federal funding for women pursuing science, technology, engineering, and math education.

Phoebe Ann Pollitt, RN
Dr. Phoebe Ann Pollitt, RN, practiced public health nursing in the mountains of NC for over 30 years.She taught nursing at Appalachian State University 2007-2019. After her retirement she returned to the local health department as part of the OVID prevention team in 2021-2022. Her writings and presentations honor the lives and work of many unrecognized nurses who founded and grew our profession.