It seems like we see articles and hear news reports about opioid addiction on a daily basis. Unfortunately, many of these stories are no exaggerations.

According to the United Nations Office on Drugs and Crime’s 2015 World Drug Report, it is estimated that 32.4 million people around the world struggle with opioid abuse. Additionally, results from the Substance Abuse and Mental Health Services Administration’s 2014 National Survey on Drug Use and Health estimate that 1.9 million Americans struggle with addictions to prescription opioids and 435,000 more have addictions to heroin, an illegal opioid.

Opioid abuse is clearly a problem in the United States and abroad. Different organizations, institutions, and agencies have taken different approaches to combat this problem, as have individual rehab centers across the country. Several of these approaches involve nurses.

If the opioid epidemic is a war, nurses are serving on the front lines. Emergency room nurses often treat people who have overdosed or are suffering from the ill effects of opioids, other drugs, and alcohol.

Nurses work at rehab centers to treat opioid abuse and other forms of abuse. They work at clinics and hospitals that provide medication-assisted treatment (MAT). They work in a wide variety of health care settings to help people recognize and treat their addictions. They also work to educate others about substance abuse and hope that such preventative measures can help people avoid addiction in the first place.

Other programs might provide specific training that relates to addiction. In 2016, the U.S. federal government awarded a grant to train student nurses at the College of Nursing at the University of Massachusetts in Amherst, Massachusetts. This program trains nurses in SBIRT, which stands for screening, brief intervention, and referral to treatment. The program aims to diagnose addictions early and help people find treatment for them.

National organizations are also tackling addiction. The American Nurses Association (ANA), the American Association of Colleges of Nursing, and others have pledged to provide more training for people who prescribe opioids. The ANA has also pledged to encourage more health care providers to register with their states’ drug monitoring programs.

The government has also joined nurses in the fight against opioid abuse. The U.S. Centers for Disease Control and Prevention (CDC) created and published guidelines regarding the prescription of opioids. Several nursing schools across the United States have pledged to teach these CDC guidelines, many of which address the use of opioids for long periods of time.

State boards of nursing have also created similar recommendations. The Michigan Board of Nursing, for example, has issued guidelines for nurses in regards to using controlled substances to treat pain. These guidelines recognize that nurses need to effectively treat pain. They also recognize the potential danger of certain medications.

There are also other government efforts relating to opioid abuse and nurses. The Comprehensive Addiction and Recovery Act of 2016 is a federal law that permits nurse practitioners and physician assistants to prescribe buprenorphine to patients who are addicted to opioids. It also allows doctors to see higher numbers of patients who need such drugs.

Nurses educate the public about Prescription Drug Take-Back Day. They also play a vital role in other government efforts to end addiction by participating in community-based opioid overdose prevention programs (OOPPs). As their name indicates, OOPPs work to prevent substance abuse problems from ever occurring. Other nurses and nursing organizations are interested in government matters as advocates. They encourage other nurses to take political action or support candidates who take particular views on health care matters.

These efforts demonstrate that while the opioid epidemic is huge, different organizations, institutions, government bodies, rehab centers, and people are committed to helping fight it. Nurses have played—and will continue to play—a vital role in this battle. 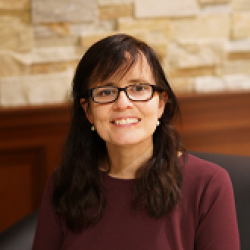 Pam Zuber
Pam Zuber is a writer and editor who writes about health and fitness, addiction and treatment, emotional wellness, and other topics.

Latest posts by Pam Zuber (see all)
See also
Vaping: What You Need to Know