Marygrace Colucci’s Nursing Journey from the Philippines to the U.S.

Imagine moving to the United States from the Philippines and building a nursing and military career. That’s what Marygrace Colucci, RN, BSN, MSN, did when she migrated to the U.S. in 1995. Today, Colucci is living her lifelong dream as a staff RN in the ophthalmology operating room at Northwell Health at Syosset Hospital in New Hyde Park, New York.

In May, Colucci was honored with the Zuckerberg Nursing Excellence Award during National Nurses Week. The award recognizes exceptional nurses at Northwell Health.

“Ever since I was a little girl, I wanted to be a nurse,” Colucci says. “I have seven siblings, so my parents could only send me to a two-year midwifery program due to the financial constraint to support a four-year BSN program. I graduated at 18, passed the midwifery board but couldn’t get my license until I was 21 years old.  I started working as a midwife in the hospital with just a permit, and I remember having so much fun delivering babies, and assisting in C-section procedures.”

Colucci says that when she first arrived in the U.S., it was a huge culture shock. “I missed my family and friends. I was homesick, but eventually got over it,” she says. “I was afraid to talk to people because of the language barrier; not because I didn’t know how to speak the language, but more because I was shy of my English and my accent.”

Colucci was inspired by her cousin who served in the U.S. Army as a nurse. “He was sort of my role model, and that is why I joined the Army Reserve in 1998,” Colucci says. “Joining the Army helped me overcome most of the challenges I had to face back then such as the language barrier, being shy, and lacking self-confidence. The Army taught me how to face all kinds of adversity. I’d have to say the Army really turned me into the kind of person I am today.”

Another supportive influence for Colucci has been her husband. “When I graduated with my associate’s degree in nursing, he told me I should go back to school, which I intended to do anyway. I went on to finish my BSN, and he told me again that I should go for my master’s, which I intended on doing. But him pushing me to go further was really a good motivator.  And now that I’m done with my NP, he said go for your doctorate, which I’m still considering.”

Colucci says for now she is focusing on her military career. She hopes to be promoted to major in the future. “I also want to focus on helping soldiers from my unit, which I am currently commanding,” she says. “I try to motivate my soldiers and tell them that they can do so much with their skills, and that there are so many opportunities available if they’ll just work hard for everything that they want to achieve.”

“I also tell my fellow Filipino coworkers to advance their education by going back to school,” she says. “I told them that if I can do it, so can they. I’m not really smart; I just happen to be disciplined and really put a lot of time and effort into everything I set my mind on achieving.”

Colucci sees herself working in emergency medicine in the future. “I had a great time when I was doing my clinical at the urgent care centers. I told myself I will embark in that field if given the chance. I think emergency medicine is a very good and rewarding field to practice. I would like to be promoted to major in the next two years; and eventually to lieutenant colonel in the Army Nurse Corps.” 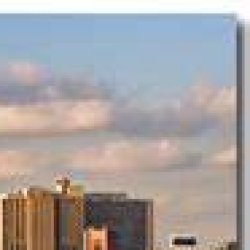 Denene Brox
Denene Brox is a freelance writer based in Kansas City.