Over the past half a century, the number of men in the nursing industry has increased exponentially. In the sixties, only 2% of men were nurses. Today, the percentage has climbed to 13%. That’s an 85% increase, which is huge!

However, if 13% of nurses are men, that means that 87% of nurses are not. There is an extremely disproportionate number of men in the nursing field, and there’s no real reason for it, other than stigma. But today you’re going to learn just how senseless this stigma is, and why it must be stopped.

Originally, men were nurses. In 250 B.C., the world’s first nursing school opened its doors, for men only. Yes, nurses were originally all male! But times have changed. Nowadays, women make up the bulk of this once male-dominated industry

Why? Because of the stigma. What’s the stigma, you ask? The stigma is that nursing is a caregiving position, and therefore, such a job should be reserved for women. Now, here’s the fallacy of such a statement. Today, women are doctors, accountants, and policewomen, jobs which were once considered to be for men, and no one thinks twice, because gender bias deserves no place in a country as morally advanced as the US. But for some incomprehensible reason, there is a significant amount of gender bias. Pay attention to the nursing industry, and you’ll notice it there.

But this has to stop. We need male nurses; they’re just as capable, strong, and intelligent as their female counterparts, and add a much-needed balance to the industry.

How Can We Stop the Stigma?

Tips for Men in the Nursing Industry

Being a male nurse isn’t always easy, but it’s wonderfully rewarding, both financially and emotionally. Here are a few tips for you to get the most out of being a guy in scrubs.

Whether you’re a nursing student, a nurse, a patient, or anyone else, you can have a part in stopping this unnecessary stigma 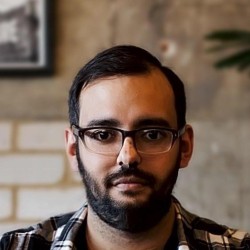 Paul Priceman
Paul Priceman is a passionate male nurse advocate both in his personal life and professionally with Murse World. Priceman works tirelessly works to promote male nurses in the U.S. and worldwide. He is also involved in researching and writing about various different fascinating and intriguing health care related topics. In his spare time, he enjoys skiing in the winter, swimming in the summer, and daydreaming all year round.